More than $12 million in new federal grants will drive dramatic expansion of UC Berkeley programs focused on international and regional studies, with benefits for both students and scholars, campus leaders announced today.

The grants from the U.S. Department of Education will go to research centers and institutes specializing in the history, politics, economics, languages, cultures and societies of regions spanning the globe.

UC Berkeley students will benefit enormously from the new funding, which extends from 2022 to 2025. Students enrolled in courses connected to the regions of East Asia, Eastern Europe and Eurasia, Latin America, South Asia, Southeast Asia and Western Europe will be able to apply for prestigious fellowships to support their research and burnish their CVs. The funding will also lead to new programs to train K-14 teachers and to expand partnerships with other universities.

"International and Area Studies are critical to UC Berkeley's leading position among the nation's universities,” said Berkeley Chancellor Carol Christ. "We are enthusiastic about new funding from the U.S. Department of Education that recognizes and supports innovative research and teaching at centers and institutes devoted to world areas. The goals of this federal program aligns perfectly with the 'teaching, research, and public service' mission of the University of California." 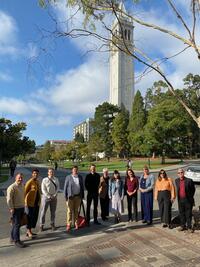 The U.S. Department of Education last month sent a team of program staff to the campus for a site visit to the Berkeley area studies centers and institutes. "Area studies has a long and distinguished history at the University of California, Berkeley," said Brian Cwiek, a program officer at the Department of Education. "We were delighted to meet with accomplished faculty and lecturers, dedicated staff and talented students."

Six centers and institutes at UC Berkeley were successful in the U.S. Department of Education Title VI National Resource Centers (NRC) and Foreign Language and Area Studies (FLAS) Fellowships competitions announced in December 2021. These centers received both NRC and FLAS awards and have the distinction of being National Resource Centers for language and area studies. UC Berkeley has the most awards among universities in the Western United States.

"What drives excellence in international and area studies is collaboration crossing boundaries that might divide disciplines and communities," said Rosemary Joyce, director of Global, International and Area Studies (GIAS) at UC Berkeley. "One example of how this new funding will build on the way campus area studies centers bring diverse participants together is the joint Summer Institutes for K-14 teachers offered by the UCB Office of Resources for International and Area Studies. Summer Institute topics such as 'Global Climate Change Beyond the Science Classroom' in 2023 and 'Envisioning the Future: Speculative Fiction from Around the World,' can now be realized with participation from a wide range of fields and area studies specialists."

Berkeley students said that the international studies programs have been crucial to their learning and careers. 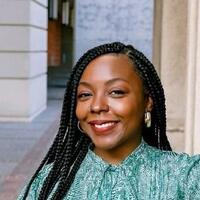 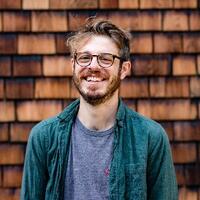 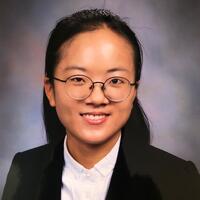 The Center for Latin American Studies "has played a significant role in my graduate studies," said Nicole Denise Ramsey, a student of the Garifuna language in Belize and now a postdoc at the University of Virginia. "As I began to write my dissertation, I was awarded a FLAS fellowship that supported my fieldwork in Belize. I am thankful not only for the generous financial support but the overall support of my work and belief in me as a scholar doing work on Latin America and the Caribbean."

Benjamin Derico, now a video journalist at BBC, said the funding from the Institute for European Studies has been crucial to his growth. "Without my fellowship from IES," Derico said, “I wouldn't have been able to complete my degree or find the job I got after graduation as a video journalist for the BBC, filing stories around the U.S. and Latin America in English, Spanish and Portuguese. Without the intensive classes I had from FLAS and the funding to get additional support in Portugal, I wouldn't have been able to complete that job."

"I am so grateful to Institute for East Asian Studies for awarding me the FLAS fellowship twice — that funded two summer semesters of intensive Korean language studies at Middlebury College," said Berkeley Ph.D. student Qinyang Freya Zhou. "Thanks to the generous financial support, not only did my Korean improve tremendously, but I also fell in love with Korean culture. The positive experience I had prompted me to choose Korean Studies topics for my dissertation and future academic career."